The NASUWT had its inaugural meeting with Parallel Learning Trust on 11 January 2017 at Park Academy, West Norwood, London.

Although the NASUWT currently has no agreed national policies with this multi-academy trust (MAT), the Union is looking to establish a Trade Union Recognition Agreement (TURA) as a priority. The NASUWT had an extremely positive meeting with Mark Holding, Parallel’s CEO, in setting the parameters for the harmonisation of TUPE'd policies.

The NASUWT's next meeting with Parallel MAT is on 13 February 2017.

The Parallel Learning Trust is a London-based MAT specialising in special and alternative education provision. It was founded in 2013 to support the conversion of Park Campus and Kennington Park to academy status and now includes Ramsden Hall Academy, Inspire Academy and Seabrook College, Southend. 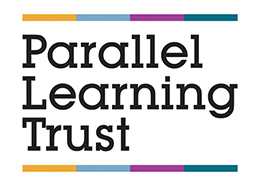