Young Activist of the Year Award

2022 Young Activist of the Year Award

The Young Activist of the Year Award was presented at Annual Conference 2022 to Sarah Adams from the Walsall Association.

Sarah became a double award winner after picking up both Young Activist of the Year and Recruiter of the Year. As the first Workplace Representative in her primary school, she doubled the membership as a result of her hard work and willingness to stand up for the rights of staff. Her achievements include all staff now receiving their statutory PPA entitlement, supporting colleagues through the performance management process and  encouraging members to collectively tackle adverse management practices. Sarah has not stopped there: she also became the minutes secretary after joining the Walsall Local Association Executive team.

The Eamonn O’Kane Young Activist of the Year Award was created to:

The nominee will have been successful in one or more of the areas listed below:

Ronan Sharkey, Armagh/Craigavon Association, has been involved at all levels of the Union’s democratic structure, including growing membership of the NASUWT, being the Local Association Vice-President and Social Media Manager, becoming a member of the NASUWT Northern Ireland Health and Safety and Executive Committees, and participating in local and national conferences. And he’s still only 28! 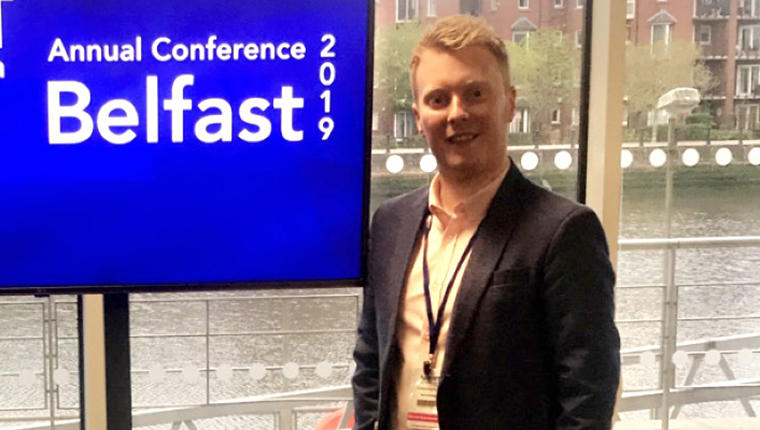 Click/tap through the galleries to see previous winners.